Bellerive Country Club began in 1897 in north St. Louis as a nine-hole course with 166 members, and was known as the St. Louis Field Club. In 1910, the membership incorporated as Bellerive Country Club, naming the club after Louis St. Ange De Bellerive, the last French commander in North America. That same year, Scotsman Robert Foulis designed the “new Bellerive” in Normandy where the club remained for 50 years. Led by Hord Hardin and Clark Gamble, the membership decided to move west in 1955, and allowed renowned architect Robert Trent Jones, Sr. to pick a prime farm location for the new site. The “Green Monster of Ladue Road” opened on Memorial Day, 1960.

We completely rebuilt this famous Robert Trent Jones design while maintaining much of his style. Most importantly, we made small targets within the large greens while maintaining the dramatic RTJ contours. We repositioned and rebuilt all fairway and greenside bunkers, and tightened and re-graded most of the fairways, which dramatically improved the drainage. This “new” design hosted the 2008 BMW Championship as an event of the FedEx Cup.

Founded in 1897 as The Field Club with a nine-hole golf course, the membership incorporated in 1910, moved the club to Normandy and named the club Bellerive after Louis St. Ange De Bellerive, the last French Governor in North America. The original Normandy course was designed by Scotsman Robert Foulis.

In 1955, the members decided to relocate and chose Robert Trent Jones, Sr. to select the land and design the new golf course. The club relocated to Creve Coeur in 1960. Five years later, in 1965, the club hosted the United States Open, the youngest course to ever host an Open Championship. Gary Player won the 1965 Championship, completing the career grand slam in the process.

Bellerive went on to host the inaugural United States Mid-Amateur Championship in 1981, won by St. Louisan Jim Holtgrieve. In 1992, Bellerive hosted the PGA Championship which became the first major championship won by Nick Price. Price finished three strokes ahead of a group that included Nick Faldo. In 2001, the club was prepared to host 70 of the world’s best golfers at the WGC American Express Championship when the terrorist attacks of 9/11 forced cancellation of the event. Bellerive then hosted the 2004 United States Senior Open, won by Peter Jacobson, the 2008 BMW Championship and the 2013 Senior PGA Championship, thus becoming only the third club to host all four US major traveling championships.

The course underwent a major renovation in 2006 led by Rees Jones, the son of Robert Trent Jones, Sr. to provide Noticeable changes include the tree removal and lake construction on #2, making the hole one of two potentially drivable Par 4s (with the changes to #11), the straightened 618 yard Par 5 Eighth Hole, and the picturesque 482 yard Par 4 Twelfth Hole.

In 2013 Rees Jones, facilitated additional course modifications. These modifications included a complete reconstruction of the bunkers and the installation of a unique championship bunker sand. Turf lines throughout the course were also modified. These changes predominately were around bunkers, creek edges and at all putting surface complexes. The modified design increased the aesthetics and introduced new playing challenges coupled with enhanced vistas and sightlines, Bellerive’s progressive modifications have added to its historic legacy and national championship appeal.

As with the original design, the difficulty of the course is best demonstrated by holes 14 through 17, known as “the Ridge.” All of the holes on “the Ridge” play into the prevailing southerly wind. Hole 14 is the last of Bellerive’s strategic 4 par. Hole 15 (495 yards) and 16 (235 yards) are long but straight forward challenges. With hole 17 being a difficult, but reachable par 5, where the 100th PGA Championship in 2018 could well be decided by an eagle or birdie. 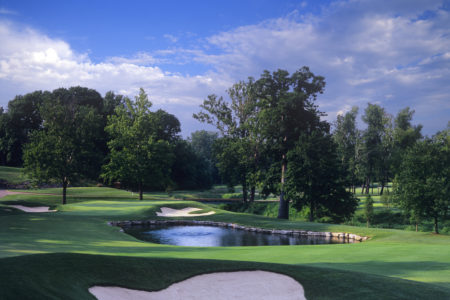 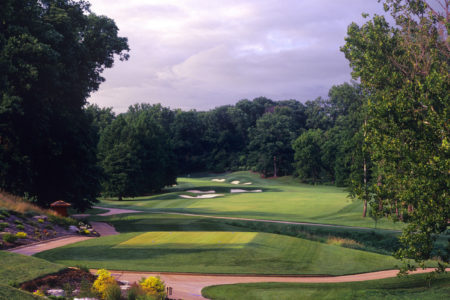 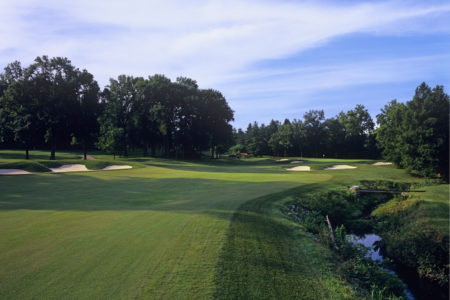 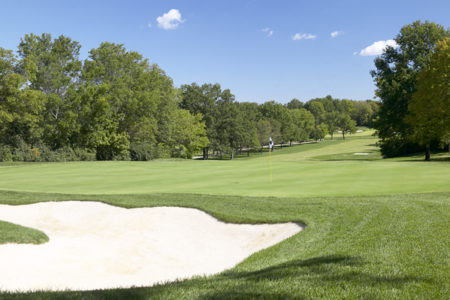 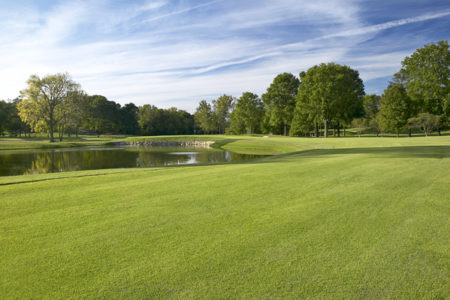 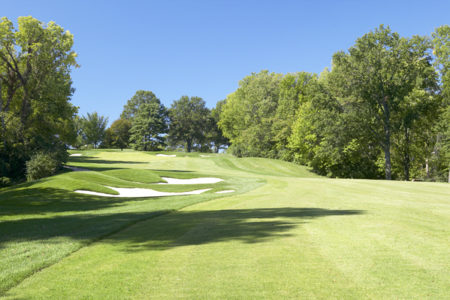 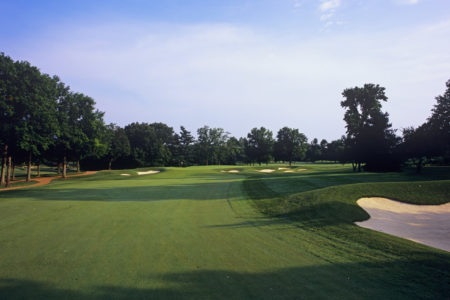 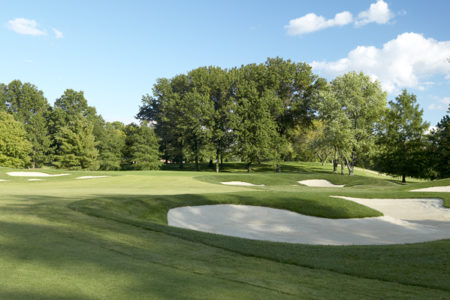 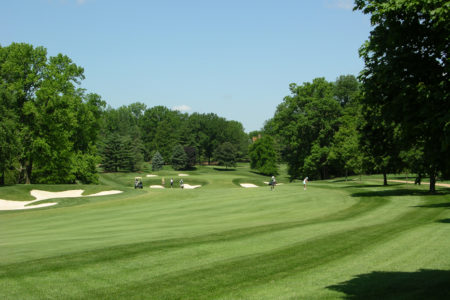 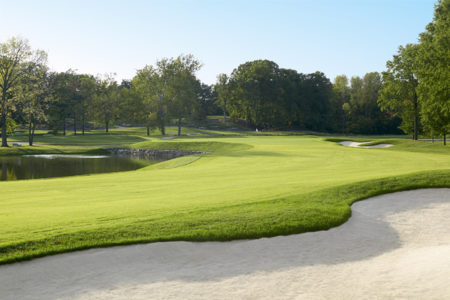 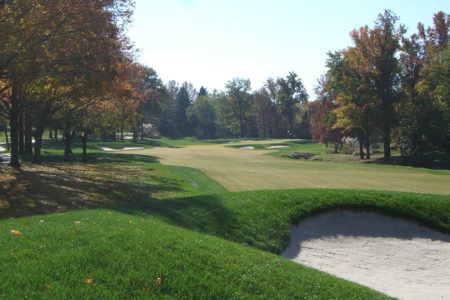 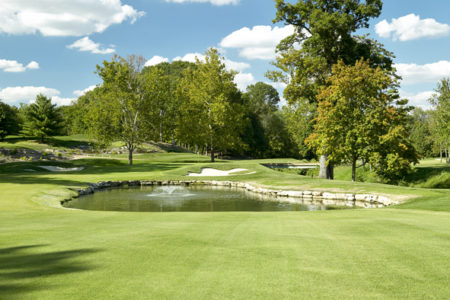