The golf course traces its history back to a private course originally developed in 1927. The golf course was taken over by a group of private investors in 1966 and became known as the Montauk Golf and Racquet Club. In 1968, Robert Trent Jones, Sr. along with his son Rees, redesigned the present course. The private club was purchased by New York State in 1980. Montauk Downs has been consistently rated as one of America’s top public golf courses. 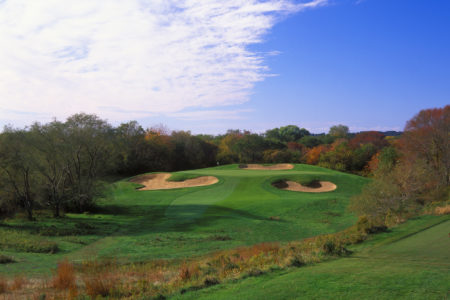