Designed by Ted Robinson in 1969 and renovated by Rees Jones in 1996, Sahalee Country Club takes its name after the Chinook phrase “High Heavenly Ground.” The par-72 layout was carved out of the tall, majestic Cedar and Douglas Fir trees native to the Pacific Northwest and is consistently ranked among America’s greatest courses. Sahalee boosts a brand-new bunker and restaurant renovation completion and was just named the host site for the 2024 KPMG Women’s PGA Championship. We add this championship to our rich history of hosting major championship golf that include the 1998 PGA Championship, 2002 World Golf Championship, 2010 US Men’s Senior Open and the 2016 KPMG Women’s PGA Championship.

This all weather, year round course is characteristically Northwest with majestic Douglas fir, red cedar and hemlock trees lining its narrow fairways. Sahalee’s 27-holes consist of three 9-hole courses of equal caliber (the North, South and East course), any two of which can be combined to a standard 18-hole course.

Sahalee Country Club, located in Redmond hosted the 1998 PGA Championship and will be hosting the 2024 KPMG Woman’s PGA Championship. The course is best known for its tight fairways framed with magnificent evergreens. However, the ever changing rolling terrain adds a great deal to the beauty and playability of this outstanding venue.

The first phase of the Master Plan is focused on renovating the bunkers on all three courses, strategically moving select bunkers to enhance playability for low and high handicappers alike.  Improvements to the shapes, sizes, locations and depths and the installation of new drainage, modern liners and bunker sand, will all contribute to bunkers built for efficient maintenance and longer life spans.  It is a terrific opportunity to improve the playability, positioning and drama of each bunker. Construction of the first phase began in August of 2022 and will be completed in early 2023. 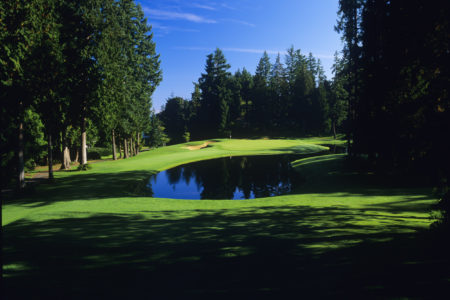 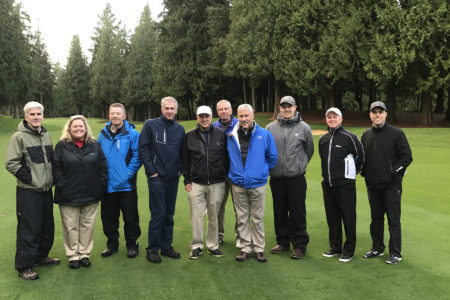